Space 1979 Threequel Trilogy Finale: The one where Superman fights a supercomputer 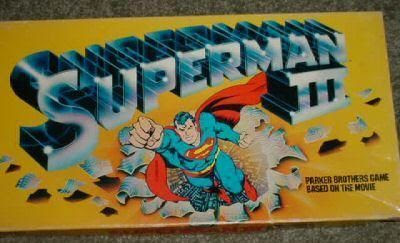 For the conclusion to this miniseries, there was only going to be one choice of franchise, and it’s another that was on the board almost if not quite from the beginning. However, it still posed a hard decision regarding the “threequel” format, as the series includes one especially notorious later sequel and an even more notorious spinoff I haven’t decided on. Even so, I never seriously doubted that one particular entry was uniquely worthy of attention, and a repeat viewing only confirmed my assessment. Without further ado, here is my review of Superman 3, and even as I write I’m not sure if this is going to be very short or very long.

Our story begins with a picture of life in the city of Metropolis, which seems to be populated entirely by Clousseau-level klutzes or clinical-grade sociopaths. In the midst of a series of mishaps, Superman appears to rescue the one guy who needs his help least, and then flies off. We then meet a hard-luck case named Gus who gets offered a job in computers. While Superman/ Clark Kent goes through minor adventures and a trip to Smallville for a high school reunion, Gus discovers that his new employer is an aspiring supervillain less interested in conquering the world domination than in manipulating it for his own profit. The villain’s ace in the hole is a supercomputer that allows him to seize control of traffic, shipping and less plausibly the weather. His minions are less successful in an attempt to neutralize the Man of Steel with synthetic kryptonite, which fails to kill him but transforms him from do-gooder to a disgruntled prankster. While Superman struggles to rediscover himself, the villains discover that their computer is no longer under their control. The only hope for the world and the bad guys is an unlikely teamup of Gus and the superhero against the seemingly invincible machine.

Superman 3 was the last movie in the franchise to be produced by Ilya and Alexander Salkind and star Christopher Reeve as the hero. Richard Lester, previously responsible for finishing Superman 2, directed the film. Annette O’Toole was cast as the new semi-romantic interest Lana Lang, while Margot Kidder’s role as Lois Lane was comparatively limited, possibly due to further disputes with the director and producers. The supporting cast included Richard Pryor as Gus and Robert Vaughn (previously sighted in Battle Beyond The Stars) as the villainous tycoon. A digital graphics sequence was created by Atari. Merchandising included a loosely connected game from Parker Bros. The next film in the series was 1984’s Supergirl, produced by the Salkinds with Helen Slater as the starring heroine, followed in 1987 by Superman IV: The Quest For Peace, made by Cannon Films (also responsible for the Lou Ferrigno Hercules movies, Alien Contamination and Lifeforce) with Reeve returning on the condition of a nuclear-disarmament subplot.

In my personal experiences, the Reeve Superman movies were something I grew up with without quite being aware of them. Of course, I knew about the superhero, far more than I can easily account for given that I literally never read a new DC comic, and I knew someone had been making movies. (I also distinctly recall the Superman arcade game.) However, my first recollection of seeing any of them in full was an airing of the first movie in high school. Prior to that, my experiences with the series were short bits of the movies on TV and glimpses of books and merchandise in the wild, including a long-vanished board game lying around the house. In hindsight, it seems like almost everything (including the damn game) was from Superman 3.

It was with that frame of reference that I finally hunted this one down, after seeing the first movie, the original sequel (aka the good one), the spinoff, and even Superman 4 in yet another TV encounter. My immediate reaction was that, while it might not be quite the worst, it was easily the most obnoxiously self-dating. Just by comparison, Superman 4 at least brought the anti-authoritarian possibilities of the superhero genre into the Man of Steel’s moral universe. Superman 3, on the other hand, is as self-dated and purposefully inoffensive for most of its length as an early 1980s cartoon. Most of the gags are simultaneously contrived and mild, the romantic triangle barely gets as far as “romantic”, and it is all easily 20 minutes longer than it has any reason to be. As a bonus, Richard Pryor’s performance is almost 100% “cringe”. On that particular front, my only other experience with the actor is his Star Wars Bar sketch, and that alone is enough to say that this movie is a literally complete waste of his talent.

Any original or watchable moments in the movie before its finale come in the “red kryptonite” subplot. Even here, things are hit or miss. An awkward “date” with Lana Lang sets a reasonable bar. His pranks are uneven and far too mild to be interesting, particularly a sequence where he “fixes” the Leaning Tower of Pisa, while an implied tryst with one of the villain’s minions is a flat-out miss (particularly given that Superman 2 effectively acknowledged the “Man of Steel, woman of Kleenex” conundrum). The most well-realized part of the arc (and strong contender for the “one scene) is a sequence where the superhero gets publicly drunk. This is the one truly unnerving moment in the movie, above all for the total silence as Superman sits and drinks, ignoring the terrified patrons and disgusted onlookers, pausing only to flick the beer nuts with enough force to shatter the bottles and glasses behind the counter.

What I still am struggling to explain is how weird the movie is, yet how rarely its strangeness translates into anything effective or even particularly creative. The most obviously surreal moment is the junkyard fight between the warped Superman and Clark Kent, though this unquestionably “works”, all the more so for its seamless blending of the allegorical figures with their very physical surroundings. The scenes of technological mayhem manage to come in close behind, with or without an incomprehensible moment when the men on a traffic signal come to life. Then there is the above-mentioned “slapstick” opening sequence, which feels like a Looney Tunes short dragged on far too long. The most perplexing moment comes when Superman arrives to rescue someone who could just as well have been saved by Clark Kent with a crowbar. To me, it is this one moment that breaks the whole grand illusion of the mythos, and the movie never manages to put it back together. That further reminds me, some day I must writer a review of Hancock and just how well that movie deconstructed the comic book superhero on the genre’s own terms.

As for the “one scene”, even with this movie’s riches of embarrassment, there was only one scene I could have chosen, and it is the only one I absolutely remember seeing back in the 1980s. In the movie’s finale, the villain realizes that the supercomputer has not only threatened to overpower Superman but escaped his own control. He and his minions run for it, but the hindmost, identified as his own sister, is snared by the machine. In a matter of seconds, the woman is transformed into a cyborg, 6 years before the Borg hit the airwaves. The effects are all kinds of not great, even by the standards of season 2 Star Trek: Next Generation. But what the camera focuses on is the minion’s terrified and agonizing expression as plating and circuitry cover her face. It’s all the existential horror of Trek, condensed into a few seconds of screen time. This is the kind of all-too-brief moment that stays in the mind long after anything before or after fades into the general blur of memory.

This is another movie I would probably have given an even lower rating if not for the consideration I’ve shown to other movies covered in this feature. (My biggest act of mercy is still ahead.)  With that caveat, I can still say without hesitation that I consider this movie the lowest point of 1980s “franchise” movies. Of course, there are worse movies and worse sequels (see Jaws 3), but one would be hard-pressed to find one that invested this much money, talent and genuine imagination and still came out with so little to show for it. With that, the series is done, and I’m going to watch some sequels that are actually good. Maybe Nightmare on Elm Street 3. Or Terminator 3. Or Critters 3. Or Star Trek 5. And say, what did Superman ever need with a spaceship?

For links, the image credit goes to Board Game Geek. As always, see the feature Introduction for an overview of the concept, classifications and rating system.