Space 1979: The one where a killer robot blenders Norman Bates in a Disney production 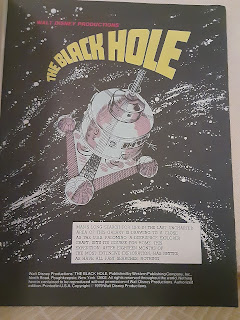 If there is a lesson from the study of ripoffs and "runnerups", it is that self-described creative minds have never worked in a vacuum. This is all the more true with the studio system. If two people arrive at the same idea, and the word gets out that one of them has a major studio interested, then of course a competitor is going to look into getting the other guy on board, and of course a couple more guys are going to come out of the woodwork claiming they had the idea first. With the further vagaries of production, it can be a matter of pure luck which movie gets to audiences first. One would be hard pressed to find a film with worse luck than the Black Hole.